University is often described as one of the best times of your life, but it can have its hurdles along the way. We’ve discovered that students can feel homesick, struggle to settle in, question their course choice or even feel like they want to drop out of university, within the very first few months. But all of these feelings are normal and happen to many more people than you might realise. We spoke to three students who debated dropping out of university, however once settled in they all changed their minds. Here’s what they said… 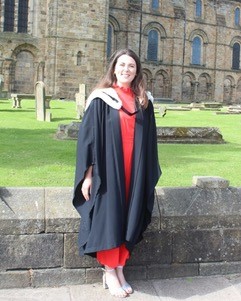 Megan, 22 – French and Italian graduate from the University of Durham
“Throughout my first term, I couldn’t shake the feeling I wasn’t meant to be there, that everyone else was having a better time than me… I told myself I’d stick it out until Christmas, and if things hadn’t improved, I’d either transfer to another university or just drop out altogether. At the time, I felt incredibly alone and as though I was the only one feeling this way while everyone else was having the time of their lives. I now know that several of my friends at university were going through similar experiences.” 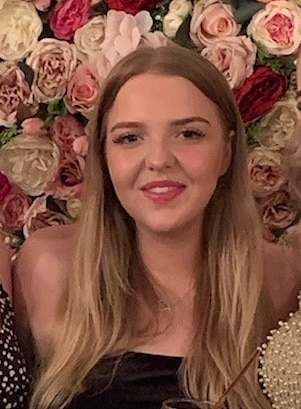 Sofia, 20 – Third-year Law student at the University of Leeds
“Make time to go home and see your family and school friends. I found that having things to look forward was a good motivation. Also, speak to people. It’s difficult not to compare yourself to other people, but everyone’s in the same boat, even some of my friends who were enjoying their course had moments of doubt and that’s totally normal.” 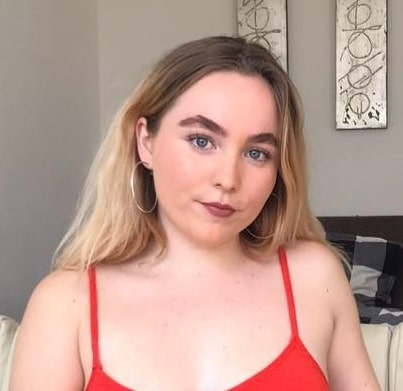 Anna, 20 – Second-year Journalism student at Leeds Trinity University
“I visited the councillor at university who was brilliant, she listened and reassured me that everything I felt was very normal. This helped a lot, as the hardest part of all these big changes was feeling like I was the only person who was struggling. This could not be further from the truth; everyone at university struggles to settle at first and I wish I had known that before!”

How did the reality of starting university meet with your expectations?

Sofia: “My law course was more intense and challenging than I expected – it made me doubt whether I was good enough and whether I had made the right course decision as it appeared a lot of my friends were having a more relaxed time.

“Like many other students, I was so excited when I got into university. However, almost as soon as I started my first term, I began to struggle with homesickness. I’m part of a really big, close family and it was the first time I’d been away from everyone.”

What thoughts and feelings did you experience during the first few months?

Anna: “I compared my experience to other people I knew in halls and I was confused as to why my experience wasn’t like theirs appeared to be. I had to go home a few times to recharge and to try and get my head together. I began to meet more people who I spoke to about my feelings. It did seem everyone had struggled or was struggling in their own way, this was comforting to know.”

Did you speak to anyone about how you were feeling? Friends, family, staff or support services at uni?

Megan: “I hinted to friends from home that I wasn’t enjoying it. I was terrible for comparing my experience to theirs and how much they seemed to be enjoying themselves on social media. I only told my mum how I really felt when I came home for Christmas. She was very supportive as she had gone through a similar experience. I wasn’t aware of the support services available at uni. In retrospect, I would’ve reached out to someone, particularly about my anxiety, as I now know that my university has a great welfare system and counselling service available.”

What or who made you change your mind about dropping out?

Megan: “Just before going back for second term in January, I visited a home friend at her university. I had so much fun being on a campus again and socialising with her friends – it made me realise that I did miss the independence and fun of being at uni. It made me want to try a lot harder to enjoy myself and make the most of my experience, as I’d worked so hard to get there in the first place.”

Are you happy with the decision you made? And if so, why?

Sofia: “My first-year results were good which showed me that I was underestimating myself because it was all so new. As a result, I found a new determination and stayed on at university. I’m so glad I did because now I’m in my third year and although it’s challenging, I’m really proud of how far I’ve come.”

Megan: “It was one of the best decisions I ever made to go back to uni after Christmas. I threw myself into socialising and extra-curricular activities. I felt like I suddenly clicked with everyone on my corridor and my course. I no longer felt anxious, lonely or homesick. I stopped comparing myself to my home friends on social media. Each term was better than the next. When I came back to Durham at the start of second year, I felt like I was ‘coming home’. I’ve had four of the best years of my life there and have met so many brilliant people, many of whom I consider to be my closest friends.”

What advice would you give to a student going through something similar?

Megan: “Take everything you see on social media with a pinch of salt. Someone may look like they’re having the time of their life on Instagram or Facebook, but deep down they may be hating it. Social media can be toxic. There is no shame at all in admitting you’re not enjoying yourself or that you’ve made the wrong decision. Your happiness and mental health should always be a top priority.”

Anna: “Get involved in extracurricular activities. I ran as course representative and got involved in any extra things I could. Doing netball two nights a week and going to the gym in my spare time also helped me massively. It gave me something to do when I was feeling low and gradually built up my confidence.”

It’s important to remember that there is often no single reason for struggling to transition into university life.

You are not alone so reach out to a friend, family member, teacher or welfare service for support. Telling someone how you feel is the first (but often most difficult) step in addressing the problem.

Enjoyed the read? Check out our online hub full of helpful information on homesickness and settling into university.